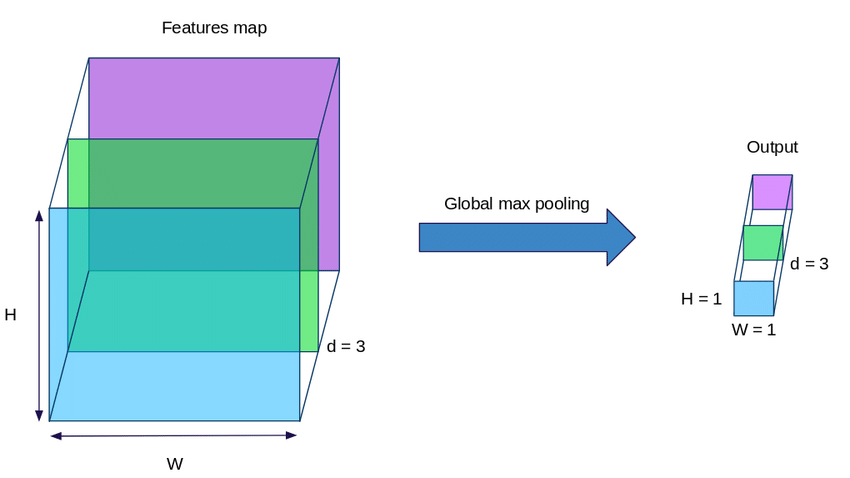 Ans: A pooling layer is one of the building blocks of a Convolutional Neural Network. Its function is to gradually reduce the spatial size of the representation to reduce the number of parameters and speed of the computation in the network. Pooling layer functions on each feature map independently. The most common approach used in pooling concept is max pooling.

The pooling layer functions upon each feature map separately to create a new set of the same number of pooled feature maps.

Pooling involves selecting a pooling function, like a filter to be applied to feature maps. The size of the pooling operation or filter is smaller than the size of the feature map; precisely, it is almost always 2×2 pixels applied with a stride of 2 pixels.

This means that the pooling layer will always decrease the size of each feature map by a factor of 2.

Maximum pooling is a pooling operation that calculates the maximum, or largest, value in each patch of each feature map.

We can make the max pooling operation real by again applying it to the output feature map of the line detector convolutional operation and manually calculate the first row of the pooled feature map.

Global pooling can be used in a model to summarize the occurrence of a feature in an image. It is also sometimes used in models as an alternative for using a fully connected layer to change from feature maps to an output prediction for the model.